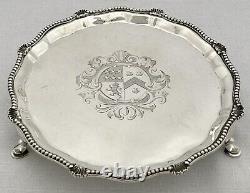 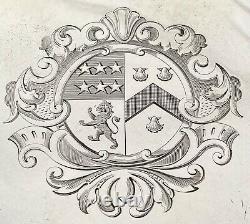 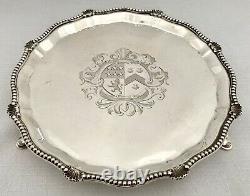 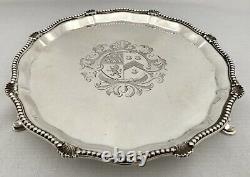 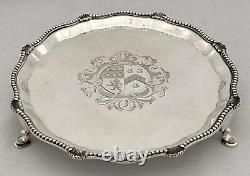 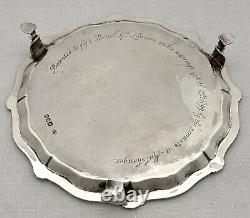 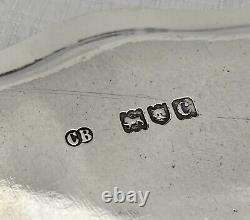 Of shaped circular form with shaped cavetto edge and a beaded shell rim. Raised upon three pad feet. The centre engraved with an impaled coat of arms in a circular cartouche within baroque style scrolls. The reverse engraved with presentation inscription, Presented to Capt Portal 17. Lancers on his marriage April 12.

1899 by the servants at Malshanger. Hallmarked for London 1898 by Charles Boyton. The arms are for Portal impaling Littleton for Brig.

Sir Bertram was educated at Wellington College, Crowthorne and at the Royal Military College, Sandhurst, Berkshire. In 1885 he gained the rank of officer in the 17th Lancers. He held the office of Aide-de-Camp to the Governor of Madras between 1896 and 1898. He fought in the Boer War between 1899 and 1902, where he was mentioned in despatches and awarded the South African Medal with three clasps and the King's Medal with two clasps.

He was awarded the Distinguished Service Order D. He was Lieutenant-Colonel and Brevel Colonel of the 17th Lancers between 1903 and 1907. He held the office of Deputy Lieutenant D. He fought in the First World War, where he was mentioned in despatches.

For Hampshire between 1932 and 1942. He was appointed Knight Commander, Order of the Bath K. He held the office of County Alderman C.

Please see our shop: Bassetlaw Silver and Antiques. This item is in the category "Antiques\Silver\Solid Silver\Other Solid Silver".

The seller is "5802hill" and is located in this country: GB. This item can be shipped to United Kingdom.