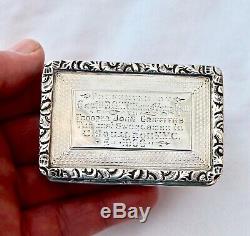 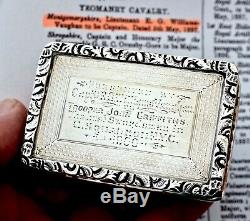 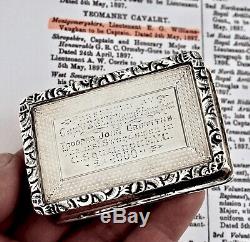 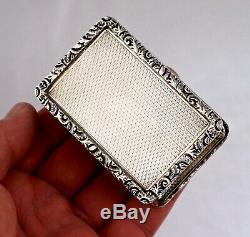 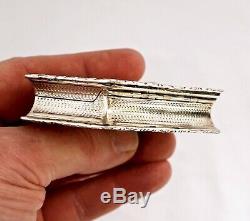 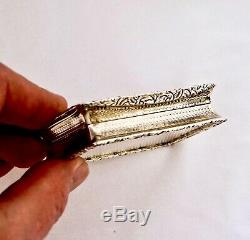 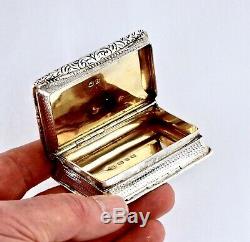 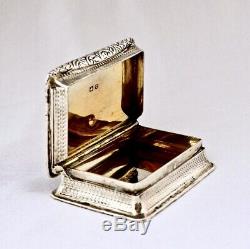 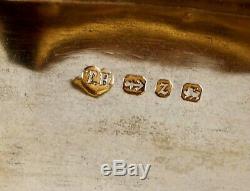 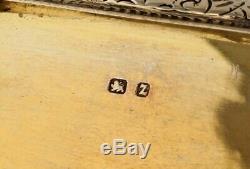 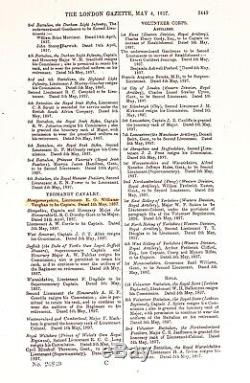 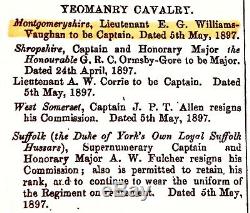 Rare and collectable Boer War era Victorian sterling silver snuff box hallmarked Birmingham 1899 by Thomas Hayes. The attractively-designed box has been engraved as a swordsmanship prize by the Montgomeryshire Yeomanry Cavalry, based in Wales, with the lid engraved. Williams-Vaughan TO TROOPER JOHN GRIFFITHS. THE BEST SWORDSMAN in C.

Internally the snuff box is gilded. The package includes a printout of a page from THE LONDON GAZETTE dated May 4th 1897 confirming the promotion of Lieutenant E. Williams-Vaughan to Captain and confirming his regiment as the Montgomeryshire Yeomanry Cavalry. Dimensions: 72 mm x 48 mm x 17 mm. Maker's Mark: Thomas Hayes. Montgomeryshire Yeomanry Cavalry: Was a Welsh auxiliary unit of the British Army with its Regimental Headquarters at Welshpool, first founded in 1803 after the Napoleonic Wars broke out. Although temporarily disbanded in 1828 it was quickly re-established and became critical for Britain's defence in the 1860s as the threat of a French invasion led to the formation of volunteer brigades up and down the country. It later provided volunteers to the Imperial Yeomanry during the Second Boer War and formed three regiments for service during World War One. Summary: As can be seen from the photos this is an interesting prize trophy and represents an important part of Boer War era Welsh military memorabilia. Clearly it is a very collectable item for anyone interested in the history of the Montgomeryshire Yeomanry Cavalry. The item "Silver Best Swordsman Trophy Snuff Box. Montgomeryshire Yeomanry Cavalry 1900" is in sale since Wednesday, March 25, 2020.

This item is in the category "Antiques\Silver\Solid Silver\Boxes".gloryhunter" and is located in Richmond.