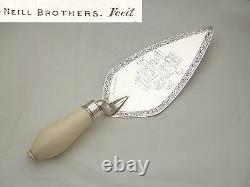 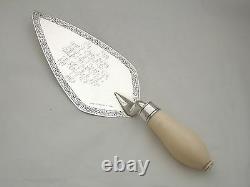 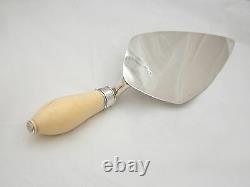 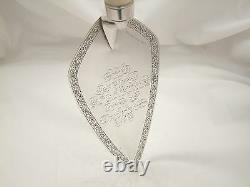 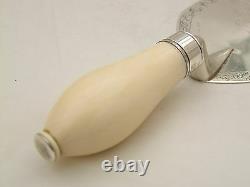 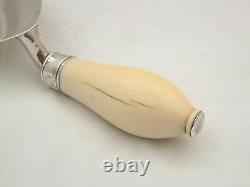 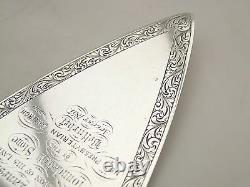 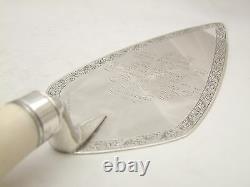 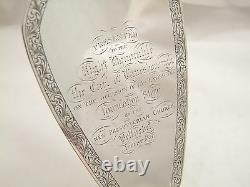 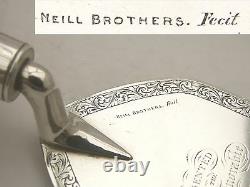 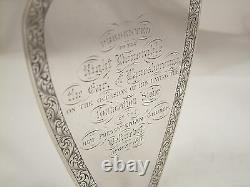 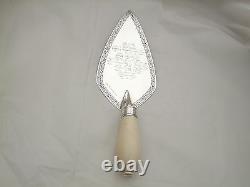 The Presentation Trowel has an excellent shape with a Stunning bright cut engraved blade which has a contemporary presentation inscription with the Superb carved handle having excellent colouring (see photo's). The Trowel was Presented to the Right Honourable The Earl of Lanesborough on the occasion of his laying the foundation stone of the new Presbyterian Church Belturbet August 1857.

He was succeeded according to the special remainder by his brother, Brinsley, the second Baron. He had previously represented Kells. And Belturbet in the Irish Parliament.

On his death the titles passed to his younger brother, the eighth Earl. The titles became extinct on the death of the latter's eldest son, the ninth Earl, in 1998. The Neill Brothers were a well know firm of Clock and Watch Makers, Jewellers and Silversmiths and at the time the trowel was made it would have been John and James Neill. 1852 Directory of Belfast and Province of Ulster. The Presentation Trowel is in Excellent Condition. While the Trowel is not hallmarked it is Guaranteed Sterling Silver and marked "Neill Brothers Fecit". A Rare Victorian Sterling Silver Presentation Trowel Guaranteed to please. If you have any questions please contact me. This item is in the category "Antiques\Silver\Solid Silver\Other Solid Silver". The seller is "samsamboy2015" and is located in this country: GB. This item can be shipped worldwide.