A Victorian silver trophy ewer and stand, the ewer, Smith, Nicholson & Co, the 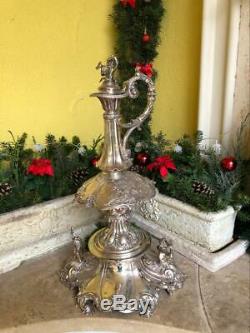 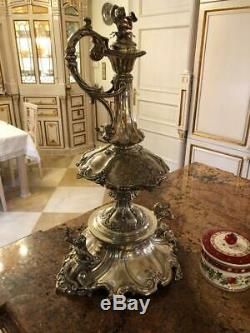 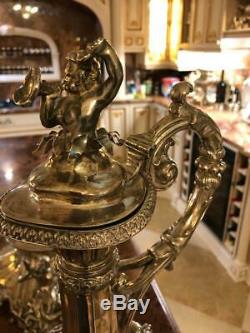 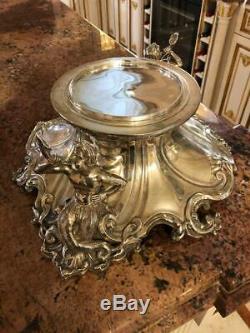 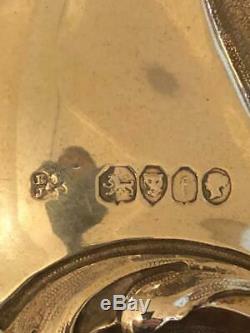 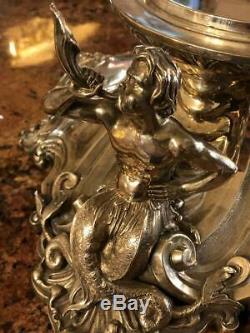 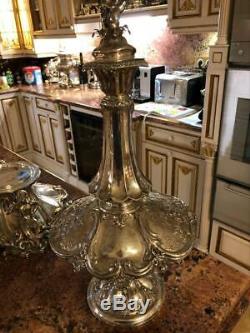 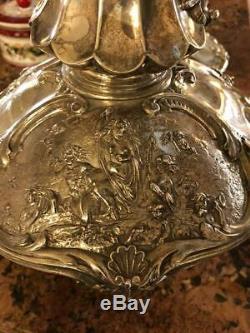 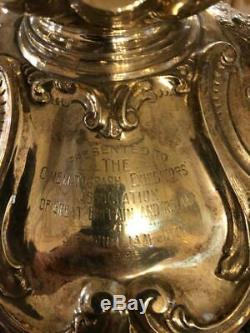 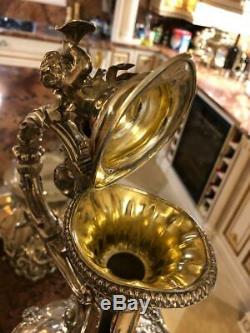 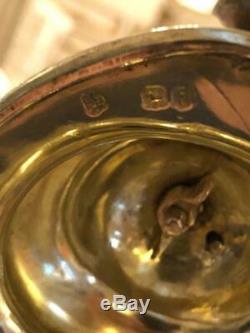 A Victorian silver trophy ewer and stand, the ewer, Smith, Nicholson & Co. The stand, Edward Barnard & Sons, London, 1861. The later inscribed ewer with flattened shaped circular body decorated on either side with a cast scene of Galatea and attendants below a fluted columnar neck, conch-blowing cherub to the hinged cover; the shaped stand with two similar tritons and bold scroll borders the ewer, 49.5cm.

High; the stand, 39.3cm. High; the ewer and stand, 62cm. Marks clear to cover, body and stand. The cover a little bruised and does not sit flush to body.

The applied leaves to mid-section a little bruised. Plain cartouches to the stand have probably been erased. The inscription reads:'Presented to The Cinematograph Exhibitors' Association of Great Britain and Ireland by Sir William Jury 1935.

Sir William Jury, British Film Industry Pioneer. For the 1891 Census (19 Parfitt Road, Rotherhithe) he is described as an (art) illuminator. Later that year, on 30 September, when he married Ellen Marsh at St. Jamess, Kennington his profession was that of a Pyrotechnist.

Following Marshs early death on 7 March 1897 his business appears to have been continued by his son-in-law. Within two years the latter had added films to his repertoire of fireworks and lightshows, giving an early cinematograph exhibition at the Winchcombe and Sudeley Flower Show in August 1899. Jurys Animated Pictures were being shown at various U. Venues, the subjects including Australian gold digging, romantic and humours scenes and One very interesting series [which] gives the wonderful and weird Vision of Salome, as depicted in the dance [by Maud Allan at the Palace Theatre] which is the rage of London. Jurys enterprise and energy soon led him to immerse himself in almost every branch of the young British film industry.

He was one of the earliest and most successful of the film distributors in this country, beginning this side of his business in 1912 and later (1922) becoming chairman of Jury Metro-Goldwyn. In 1916 he became Chairman of the War Office Cinema Committee, which oversaw without remuneration all official newsreel s. For this and other philanthropic services to the industry, Jury was given a knighthood in 1918, the first to be awarded to a member of the trade, an honour seen as marking the arrival of cinema as a socially acceptable cultural activity. Sir William Jury died at Caversham on 2 August 1944. The item "A Victorian silver trophy ewer and stand, the ewer, Smith, Nicholson & Co, the" is in sale since Wednesday, December 25, 2019.

This item is in the category "Antiques\Silver\Sterling Silver (. The seller is "2009marina3" and is located in tinnye. This item can be shipped worldwide.