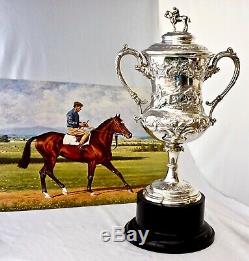 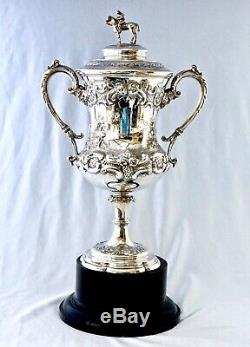 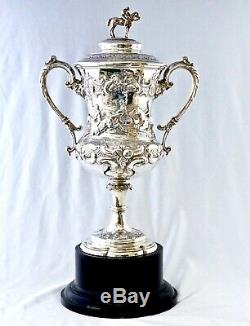 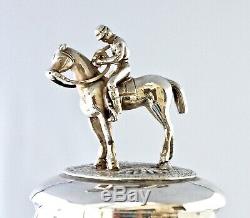 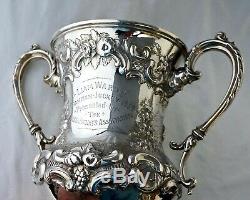 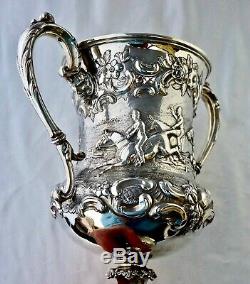 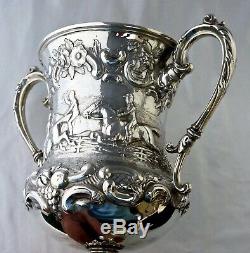 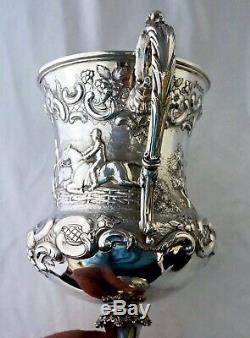 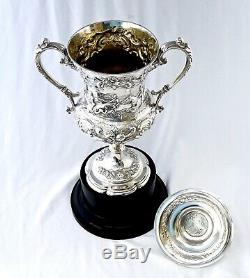 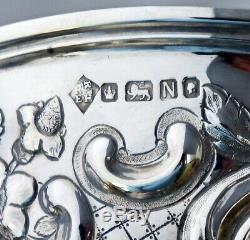 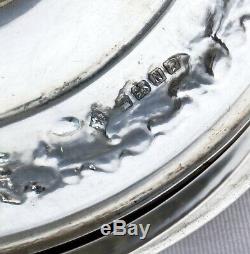 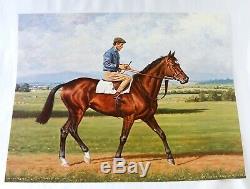 The matching silver cover is topped with a silver finial of a figural jockey on his horse. Internally the trophy is gilded and it comes complete with a bakelite plinth with fixing mount. The package includes a large colour print (by Richard Stone Reeves) depicting Liam Ward riding champion racehorse Nijinsky, the horse on which he won the Irish Derby in 1970 (this print was imported from the USA specifically to support the trophy cup). Silver Cup & Cover: Weight: 694.6 gm. Height (to rim only): 230 mm. Diameter of rim: 110 mm. Diameter of base: 100 mm. Maker's Mark: Martin Hall & Co (Richard Martin & Ebenezer Hall). Plinth: Weight: 242.3 gm.

He was Vincent O'Brien's "home" jockey so rode his horses in Ireland while Lester Piggott rode his horses in the UK. Liam's most famous racehorse was Nijinsky and it was on Nijinsky that he won the Irish Derby in 1970. Lester Piggott rode Nijinsky in the UK, helping to make him one of the world's most famous racehorses of the era, and indeed, of all time. Liam also won the Irish Derby in 1958 on Sindon.